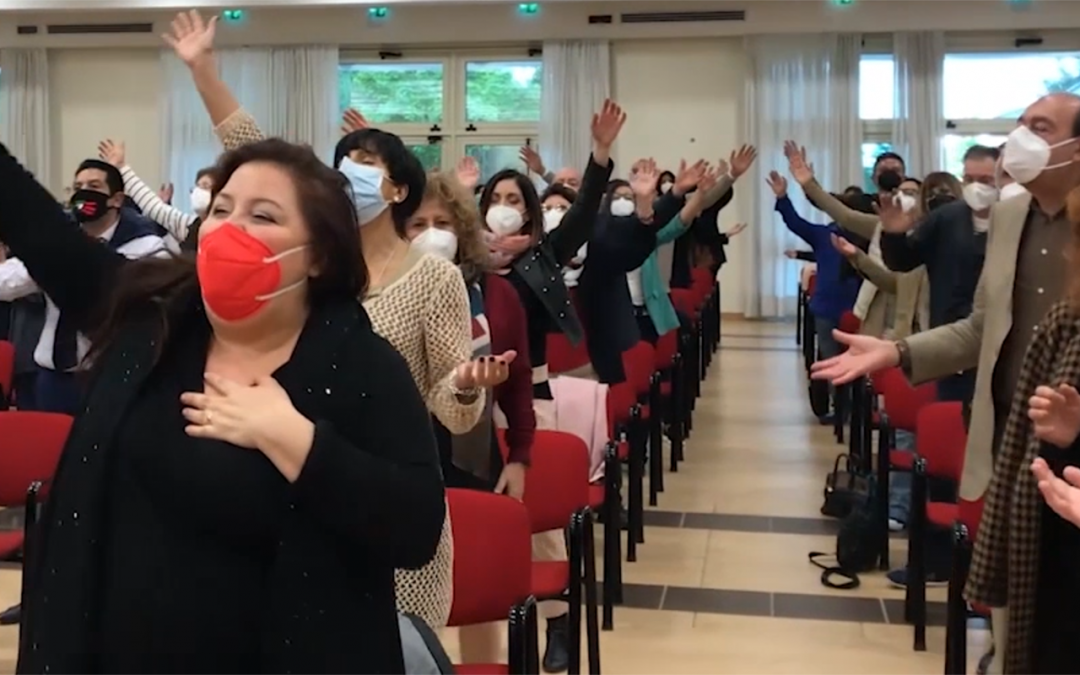 On Saturday May 22nd the first International Ecumenical Vigil organized by CHARIS was transmitted  through the Christian Unity Commission. The Commission is made up of five Catholics and Christians of different Churches and communities.

Holding the Vigil in four locations was originally an idea of Jean-Luc Moens, CHARIS’ first moderator, who resigned prior to the Vigil for family reasons.

The places that were chosen include Stones Folly in Topeka, Kansas, Rome, Buenos Aires and Jerusalem. In the first three places, the Vigil was video-recorded. It was challenging to have a single Vigil, as if we were living it in a temple, with three videos recorded in three different cities, The videos needed to be edited, in order for the repetitions to be omitted, and to verify the time durations, etc

Everyone’s goodwill demonstrated was a grace of the Holy Spirit. We preferred to do whatever was best for the Vigil, even though that meant cutting and changing the original videos. 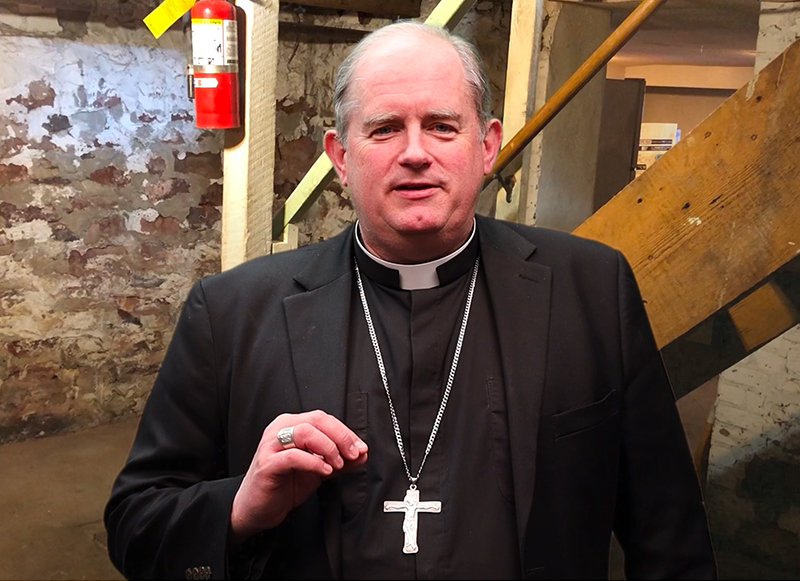 We started in Topeka, where in 1901 one of the first outpours of the Holy Spirit took place in a prayer meeting of the members of the Bible School run by Pastor Charles Parham. A student, Agnes Oznam, started speaking in tongues during their prayer session. The Pentecostal Movement started there. This stream / current of grace spread and touched almost all Christian denominations of the twentieth century, including the Catholic Church. 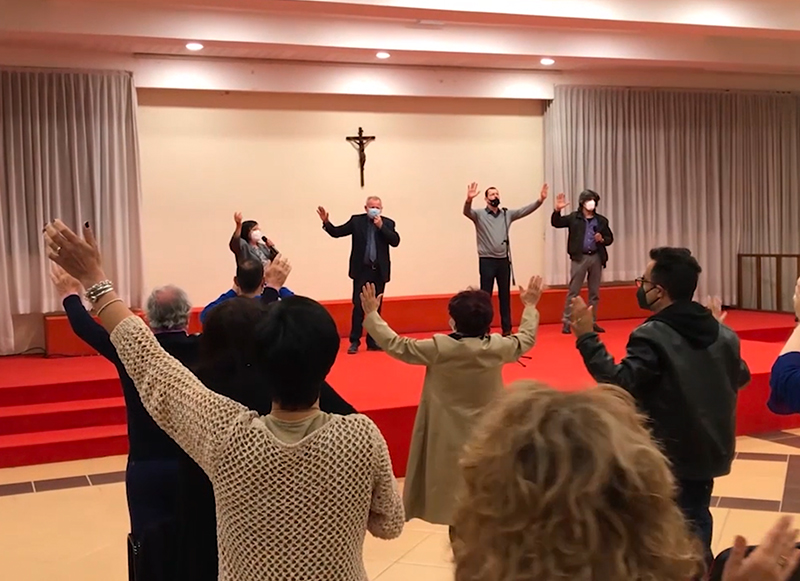 From there, we moved to Rome, the seat of the Second Vatican Council, the great manifestation of the Holy Spirit in the Catholic church in recent times. 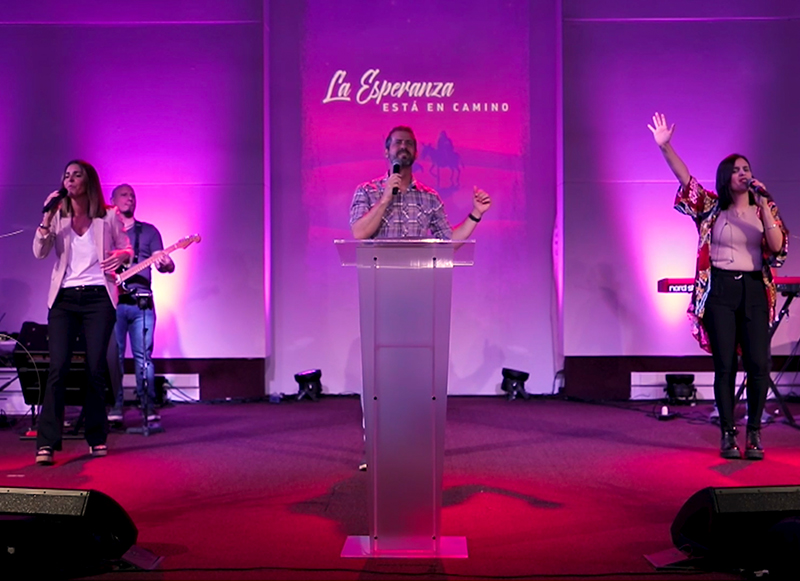 Then we switched to Buenos Aires, the cradle of CRECES (Renewed Communion Between Evangelicals and Catholics in the Holy Spirit), thousands of Evangelicals and Catholics who praise the Lord together, an entity that still exists as a prophetic expression of the Holy Spirit for the whole of Latin America. Pastor Norberto Saracco, a founding member of CRECES, shared Joel’s prophecy: “But, we have forgotten that the Spirit was going to be poured out on all flesh. Not about all  only charismatic flesh,  which means the open arms of God that breaks down all barriers of discrimination and separation. He comes to heal every rift, every division. In this time that we live divided cultures, full of barriers: theological barriers, ecclesiastical barriers, social barriers, cultural barriers. At this time, the most powerful manifestation of Pentecost should be a Spirit that is poured out on all flesh. Those of us who want to live Pentecost today should be instruments of God’s peace, of reconciliation, of the call to work together and to live together. 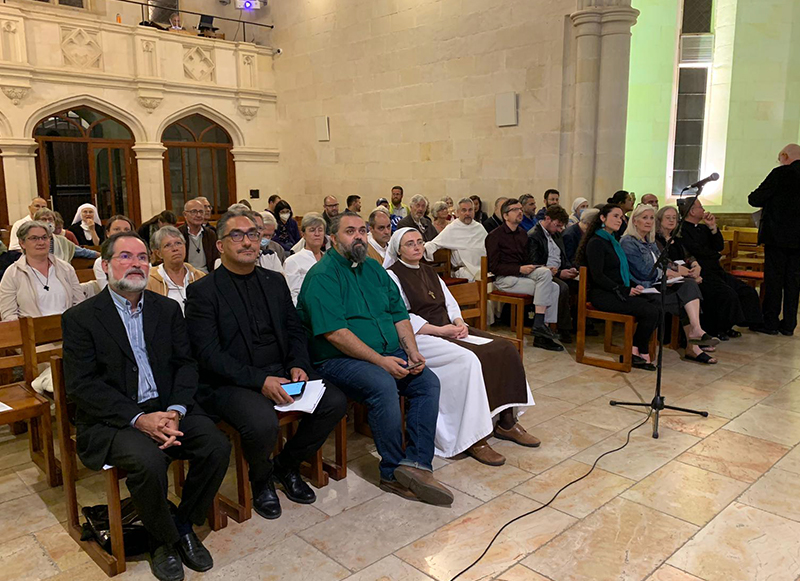 Finally, Jerusalem, where everything started and where Jesus will return at the end of time.

Jerusalem is the only city from which the Vigil was broadcasted live, from the church that was most likely first Protestant church of the Middle East, Christ Church, founded by an Anglican Jewish bishop, Solomon Alexander, in 1849. The church is in the Old City, 200 meters from Jaffa Gate. Since the beginning,  the church had been open to all believers in Jesus within the city, and then it began taking care of the poor who lived in precarious conditions. Bishop Alexander founded the first modern hospital in the Holy Land, serving both Muslims and Christians.

The Vigil in Jerusalem was organized by Catholics and Messianic Jews. Prayers were said in Arabic, Hebrew and English and the final Our Father in the different languages of the people present. Those who prepared it had lived the previous eleven days in a state of war. The ceasefire was declared on Thursday May 20th and on Saturday 22nd our Vigil was held in the Old City. The prayers that were chosen were centered on peace, reconciliation, forgiveness, recognition of our neighbor’s worth. It was certainly the highlight of the Vigil. At the beginning of the Jerusalem video,  it displays the holy sites of all three Abrahamic religions: the ‘Upper Room’, where the apostles waited for the Father’ envoy; the Western Wall, the Via Dolorosa, the Holy Sepulcher, the Mosques; in that video you could see Muslims preparing for prayers and Orthodox priests… the multiple diversity of the Holy City. Inside the temple, the unity of believers in prayer was extremely moving.  Jerusalem was the highest moment of the night. 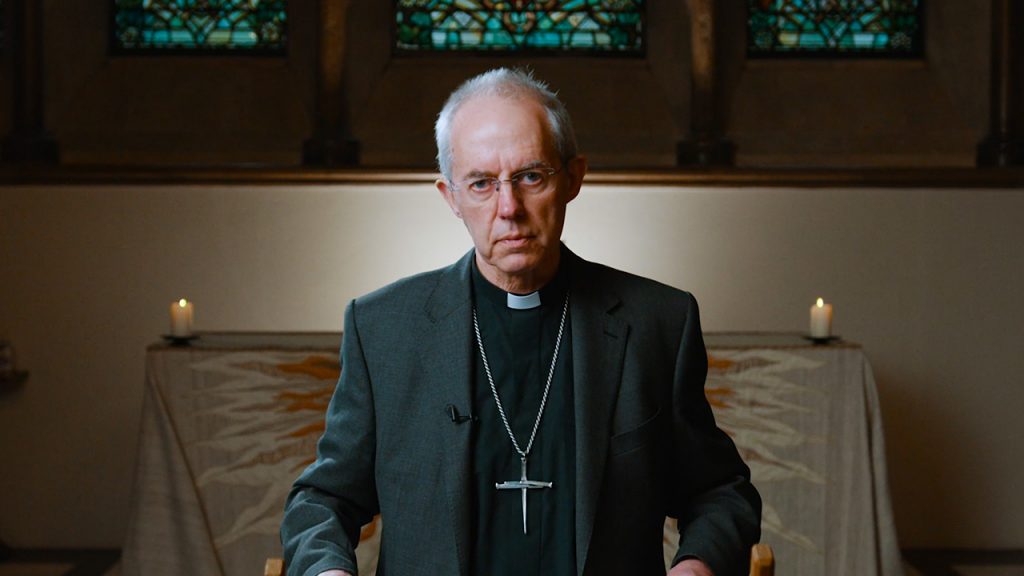 We connected with Jerusalem when the archbishop of Canterbury, Justin Welby, the Primate of the Anglican Communion, started a beautiful meditation on the Holy Spirit: among other things he also said, “… I received the awareness of the presence of the Spirit when I knelt by the bed of Muslim woman, who was dying of COVID. The chaplain was asked whether anyone – whoever it was – could pray for her. I was that anyone and the perception of the presence of the Spirit was so deeply intense: I remembered that God sees our humanity. Here we are speaking of the abundance of God. Of a superabundant God – the God of infinite abundance, the one who also created the stars!”. 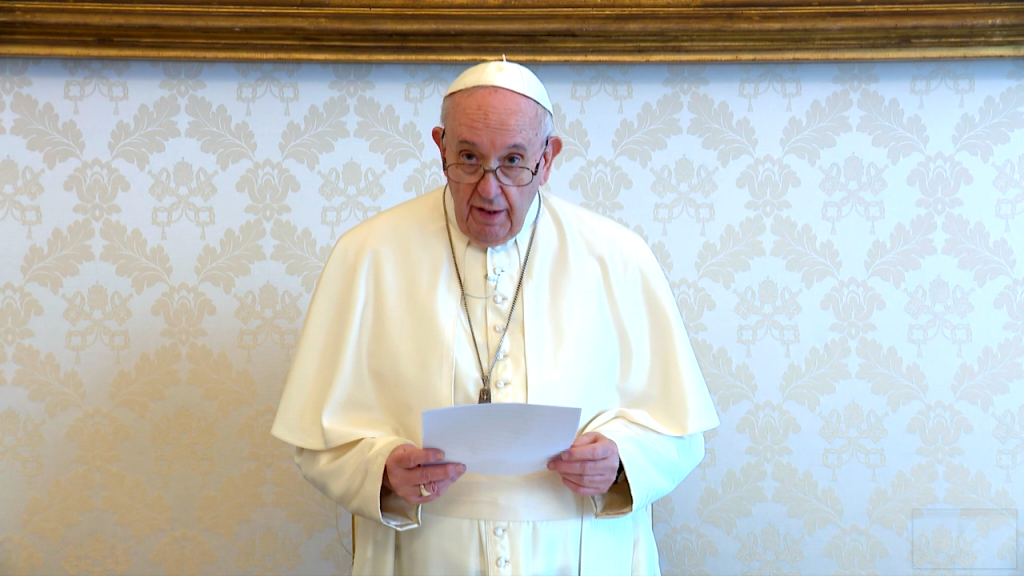 The evening ended with the address by the Bishop of Rome, Pope Francis, who opened his heart and shared his thoughts of Jerusalem, because his message, albeit recorded in Rome, was inserted in the segment devoted to Jerusalem: “This is a very special night. I want to share with you what I have in my heart, thinking of Jerusalem, the holy city for the children of Abraham. I think of the upper room, where the one sent by the Father, the Holy Spirit that Jesus promises after his Resurrection, descends with power on Mary and the disciples, transforming forever their lives and the whole History.

The Vigil ended with the invitation by Fr. Etienne Vetö – who led the Vigil – to invoke the Holy Spirit upon the world from the different parts from where the people were joining from.