How to reach prayer groups in times of pandemic 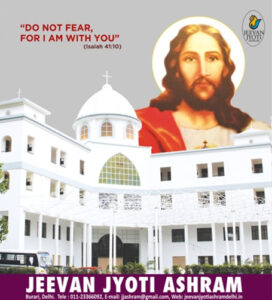 The global pandemic – COVID 19 – has impacted us as a world community, nation, family and as individuals. The pandemic has also brought about innumerable sufferings to all of us without exception. However, I am convinced that the virus going viral is a sign of the time (Lk 12: 54-56). The world is not going to be the same any more. During prayer, the Lord gave me this Word from Hab.1:15: “Look at the nations, and see! Be astonished! Be astounded! For a work is being done in your days that you would not believe if you were told.” The Lord is doing something new and incredible. It is in this context that I want to share with you something new and amazing that I have experienced during this lock down.

I live in New Delhi, the capital of India. The Catholic Charismatic Renewal in the city has a Retreat Center of its own, functioning under the guidance of the Archbishop of Delhi. The Retreat Center is in itself a testimony of the power of intercession. On July 8, 1996, during my personal prayer, I had the image of a huge building. I was filled with awe and asked the Lord what this vision meant. I received a strong confirmation in prayer that it was a Renewal Center that the Lord wanted to be established in Delhi. With no money in hand, the only thing we could do was to start praying for it and asked our intercession ministry to pray specially for the project. As a confirmation from the Church hierarchy, the then Archbishop, during a meeting with the Diocesan Service of Communion in 1999, suggested for us to look for a place to have a Center of our own because we had a number of events being organized in rented premises. By 2001, Jeevan Jyoti Ashram (a center of the Light of Life) was established in 5 hectares of land in the outskirts of the city. Today, it can receive about 150 people for retreats and training courses. “Only ask me, and I will make the nations your heritage, and the ends of the earth your possession” (Ps 2:8).

Jeevan Jyoti Ashram (center of the Light of Life)

Prophetic intercession is a special charism of the Retreat Center and we use it to organize training courses on this topic for participants in the city and at national level. With requests coming initially from the members of Indian communities abroad, we started organizing JERICHO – a residential training program on prophetic intercession – for overseas participants since 2018. With the lockdown, it was no longer possible to organize physical gathering at the Center. A suggestion was received to organize the prophetic intercession training online. From a human point of view, this was something impossible as the training has workshops for the participants to receive charisms, followed by group workshops on prophetic intercession using the gifts of the Holy Spirit: like word of knowledge, word of wisdom, gift of discernment, gift of prophecy, gift of tongues, etc. Charisms online? Receiving and using charisms through social media platform is something that we could not visualize! Impossible, it will not work, we said! However, after much prayer, trusting the retreat to the Lord, the Retreat Center launched a virtual 15 day training program on prophetic intercession in July 2020. Bishop Francis Kalist and I are the main consulting persons. People from different continents registered for the event.

We had many apprehensions as we started the program. The participants were coming together for workshops on charisms and prophetic intercession on Zoom. The Holy Spirit is a Spirit of surprises and indeed surprised us with amazing testimonies of people receiving and using charisms on the online platform. It proved that virtual gathering on social media is not an impediment to the operation of the power of the Spirit. The Holy Spirit makes all things possible! 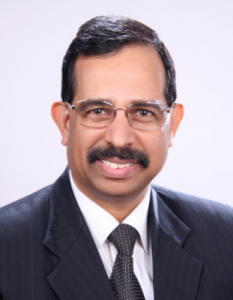 The training program is now being organized in English from the 1st to  the 15th of every month. We also organize a virtual adoration for healing and baptism in the Holy Spirit. A number of participants have testified healing of mind, body, and spirit. Some participants have received charisms for the first time during the workshop and BHS service. They also use the charisms during the workshops on prophetic intercession. Charisms on Zoom is something new and amazing that the Lord is doing now. Let us thank and praise the Lord that during this time of pandemic we have been able to sanctify the social media through retreats, training programs, celebration of the Holy Eucharist, adoration, prayer meetings, and intercession. I sense this is a new opening that the Lord is giving to us: to use social media in every way possible for evangelization and praying for the world. “Commit your way to the Lord; trust in him, and he will act” (Ps 37:5)!