“I was thirsty and you gave me something to drink”

When members of the Charismatic Renewal in Lomé (Togo) discovered, during a prison evangelization the prisoners had no running water, they mobilized to dig a well. Since then, the prisoners have been able to benefit from water all year round. 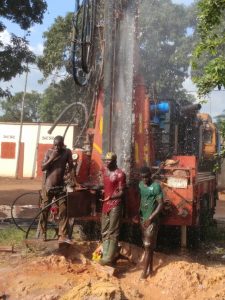 The Catholic Charismatic Renewal of Togo began evangelizing in the country’s prisons more than five years ago. This evangelization is carried out mainly in the Archdiocese of Lomé, in prisons in the country’s capital, and in Tsévié, a city about thirty kilometres from the capital.

Evangelization in prisons is carried out in two ways:

1. Assistance to prisoners living in extreme poverty. The Charismatic Renewal regularly brings food and clothes to the prisoners.

2. The preaching of the Word of God, followed by intercessory prayer after the celebration of the Eucharist.

In 2018, I was invited to preach for three days in Tsévié prison. On the third day of preaching, the prisoners did not turn up at 3pm as usual. The reason was that they had no water for cooking, water being a scarce commodity in the area.

The person in charge had told us that the months of February to April were the times when water was often in short supply.

The Renewal brothers were very alarmed by this situation and decided to look for the financial resources to drill a borehole to supply water to the prison permanently. 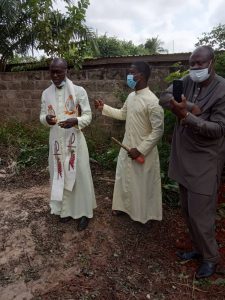 About 6,000 euros were needed to do this work. The Charismatic Renewal of the Archdiocese had half of the money needed. When the leaders spoke to the person who was helping them with the charity work for the prison, they were delighted that this person had decided to finance all the work.

The work began after the priests had blessed the site. The drilling lasted one day. Around 4pm they found water to everyone’s surprise, as other people had tried drilling but had never managed to find water.

After drilling, the water was Channeled into the prison compound. A stand for water canisters was built. The Renewal took care of the finishing work.

It is a work of evangelization that makes man happy by providing his neighbor with the minimum necessities to live.

May the Lord bless all those who have made a donation to make this work a reality. 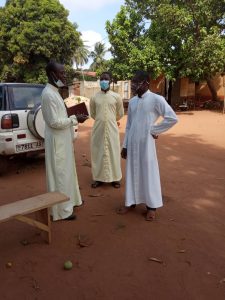 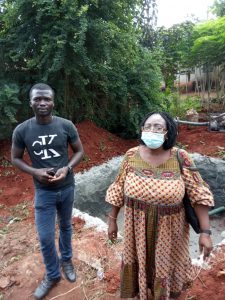 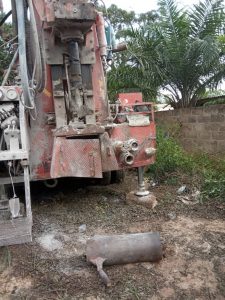