The Minute of God

In Colombia, an evangelization initiative becomes an incredible social project led by charismatics.

The Minute of God, a social and charismatic work in Bogota (Colombia), is the result of the blessings of the Lord, received through Father Rafael Garcia Herreros (1909-1992). 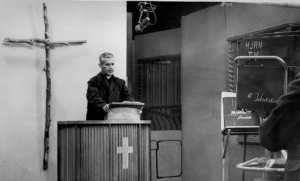 The Servant of God Rafael Garcia Herreros was a charismatic man. He entered the Congregation of Jesus and Mary, founded by St. John Eudes. He was ordained a priest in 1934 and exercised the ministry of the Word, especially on the radio. One of his most famous programs was called “God’s Minute”.

The themes covered in this daily minute were God, Jesus Christ, the Holy Spirit, the Gospel, the Church, the Christian life, the vocation to holiness, service of neighbor, love of the poor, peace, justice…

This is how the “Minute of God” neighborhoods in Bogota and other cities in the country were created. The first houses were built in April 1957 and it is estimated that 160,000 houses were built or improved, benefiting one million people.

Schools have also been set up in the neighborhoods of Bogota. Today, there are 35 primary and secondary schools with more than 30,000 students.

Among the colleges, the university was born, which is currently the one with the largest number of students in the country, with more than 120,000 students in 70 Colombian municipalities. These students and those in the colleges come from the lower classes because our service is oriented towards the economically weaker social strata.

In 1965, the Minute of God neighborhood of Bogota was constituted as a cathedral parish, placed under the protection of Saint John Eudes. Various apostolic movements settled there to nourish the spiritual life of the inhabitants. But when people began to talk about the Charismatic Renewal, everything gathered around the prayer groups. The Holy Spirit led us to unity.

In 1967, a group of North American tourists visited the Minute de Dieu neighborhood. Several of them came from Chulavista, California, and belonged to the Baptist Church; in a special way we remember Samuel Ballesteros, born in the USA of Mexican parents, who arrived with his wife and two children and adopted two more children in Colombia. Samuel shared with Father Rafael about baptism in the Spirit. He taught him how the Divine Paraclete was manifested in different places in his homeland, in various Christian congregations, including the Cathedral Church.

Father Garcia Herreros welcomed this message with joy because it fully responded to hi desires. Thus the first prayer groups were organized in Colombia, and then the assemblies, conferences, congresses and charismatic meetings. In 1973 and ’74 the first two Catholic Charismatic Meetings (ECCLAs I and ID were held at the Minute of God, which marked the history of the Catholic Charismatic Renewal in the continent. In a special way, each year we celebrate the feast of Pentecost. 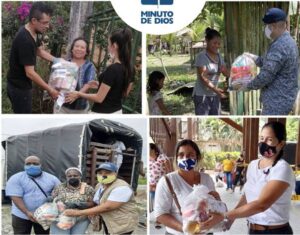 The charismatic experience urges us to evangelize. In addition to the books and magazines that have been published in abundance, schools of evangelization have been founded and missionaries have been sent to Colombia and Latin America.

We have already pointed out that “God’s Minute” was originally a radio program. Then it developed into a television program. At the moment we have programs in Bogota, Barranquilla, Cartagena, Medellin, Ibagué y Buga (Colombia) in FM or AM. From Bogota we broadcast the program https://rccradio.fm/ via internet, followed by many countries.

All the activities we have talked about have been the work of God through many benefactors, collaborators and friends. At present there are more than 10,000 employees in all the works to whom we have to pay a normal salary with their social charges. 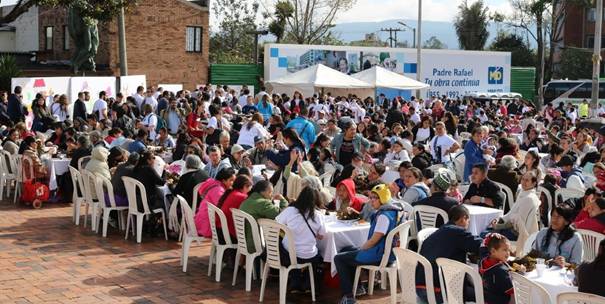