What is the story of the friendship between Cardinal Suenens and Dom Helder Camara at the origin of the Malines document to which Pope Francis often refers? 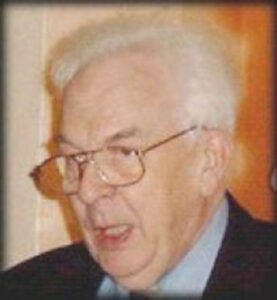 Canon Wilfried Brieven was for many years the personal secretary of Cardinal Leo Joseph Suenens. We met him to question him on the genesis of the Malines documents, in particular, the one written with Dom Helder Camara.

It all started during Vatican Council II where their common friendship was born. Dom Helder was the originator of a group of 20 bishops from Latin America and Europe who met regularly. The cardinal participated in these meetings. Back in Belgium, Dom Helder stayed only one day in Brussels. French television invited the two bishops for an interview. There, the journalist explained that he expected a free exchange between the two bishops and not a simple interview. They then decided that Dom Helder would speak about the importance of prayer and that the cardinal would stress the need for social action. As proof of their friendship, one of the questions posed to Dom Helder during the debate was: “Why are you not a cardinal? He replied, “I don’t need this title, I have my cardinal!” Afterwards, he continued to call Suenens “my cardinal”!

In 1967, the Cardinal visited the Belgian priests Fidei Donum in Brazil, specifically those from his archdiocese. He travelled from North to South and stopped in São Paulo and Recife. He was shocked by the incredible poverty and social injustices. In Recife, Dom Helder invited him on a Sunday to celebrate the Eucharist in the poorest parish. He never forgot the offertory procession where one woman offered a banana and another a bottle of Coca Cola. He also visited a family where one of the children was dying. Back in Belgium, he spoke of Dom Helder’s courage in his fight against social injustice. He also mentioned the strength of the young Brazilian Church and hope for the universal Church. These contacts prepared the third Malines document.

Cardinal Suenens found out about Catholic Charismatic Renewal in the fall of 1972, when American friends informed him about a movement related to the Holy Spirit. As his episcopal motto was “In the Holy Spirit”, he was always very attentive to the movements of the Spirit in the Church. On the advice of Veronica, O’Brien travelled to the USA in 1973 to find out what the Spirit was doing in prayer groups and charismatic communities. He was deeply impressed and realized the opportunities, as well as the dangers, that this movement of the Spirit meant for the Church. He immediately decided to inform Pope Paul VI. Another result of these visits was: his suggestion to create a theological and pastoral commission to offer accompaniment to the Renewal and to ensure its solid implantation in the Church. This is the origin of what became the Malines documents.

The cardinal took various steps to bring together theologians and leaders of the Renewal. In 1973, he wrote an important book, “A New Pentecost?” in which he proposed guidelines for the Renewal. One of the important themes in this book was the need for the Church to be actively present in the Renewal for its discernment. In 1974, he brought together eight theologians and leaders of the Renewal in his archiepiscopal house in Malines. The result was the publication of the first Malines document “The Charismatic Renewal: Theological and Pastoral Orientations”, a fundamental document that influenced the Renewal. Pope Paul VI appreciated this document and asked the cardinal to continue writing such documents for the guidance of the Renewal. This is how a second document was published in 1978: “Ecumenism and Charismatic Renewal: Theological and Pastoral Orientations”. The third document was written in 1980 by Dom Helder Camara and the Cardinal. In a way, it had started during their joint dialogue on French television. It was a response to some criticism from Christians engaged in social action. They were afraid that the Renewal was too spiritual and alienated Christians from their social responsibilities. Dom Helder knew how much the Renewal was under attack in Latin America for not investing in the fight for peace and justice. In the preface to the document, the cardinal writes: “Dom Helder and I thought that by expressing ourselves together in this book about the false distinction between Christians – the ‘socially engaged’ and the ‘charismatic’ – we could perhaps help them overcome certain blind spots and cement “what God has united”: the first and second commandments.

May I also invite the readers of CHARIS magazine to read carefully this heritage of cardinal Suenens and Dom Helder Camara?